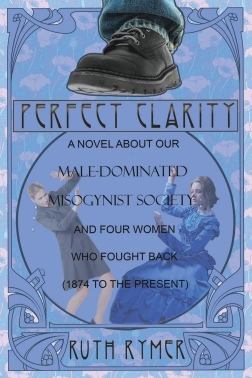 A Novel about Our Male-Dominated Misogynist Society and Four Women Who Fought Back (1874 to the Present)
By Ruth Rymer
Published by Mill City Press, Inc.
Buy from:

Four incredible women from vastly different time periods have one thing in common--a fervent desire to overcome the misogyny that surrounds them.

Between 1874 and the present, the world looks different. From world wars to unprecedented technological advances, it would seem that nothing remains unchanged. That assumption, however, is entirely wrong. Misogyny remains a woman's greatest challenge.

Anna, a financial burden on her family if she remains single, is sold into an arranged marriage. Gloria finds herself trapped by the confines of both the Great Depression and a husband with an abusive nature.

Carin, thinking herself lucky to find a man supportive of her career aspirations, finds that his support wanes the closer she gets to her goals. She becomes a major participant in the breakthrough in improvement of women's legal rights (1965-75).

Finally, there is Kathleen--a smart young woman who suffers a tragedy common in modern college life. She puts her life back together and finds a personal solution to misogyny.

Perfect Clarity chronicles the lives of four unique women who thrive while fighting different aspects of misogyny as society corrects one problem only to have misogyny later appear in another form.

Ruth Rymer earned her PhD in an historical analysis of divorce, women's rights, gender conflict, and applicable law in the late Nineteen and Twentieth Centuries. She is an inactive (retired) attorney who specialized in family law. She was listed seven times in The Best Lawyers in America. 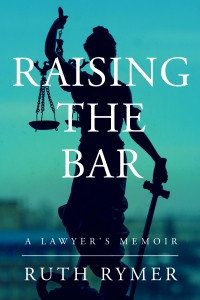